Hello! My name is Sarah Jean. I am originally from England, United Kingdom but moved here in 2008 and currently reside in Los Angeles , California. In my 27 years on this planet I have been told I am many things…friendly, talkative, outgoing, funny, completely crazy (to name a few); but the one characteristic that anyone who’s ever gone to get food/drinks with me would almost certainly agree on is…I’m FUSSY!

A picky drinker, finicky eater and particular about where I go.  “The Fussy One” of the group. That is what I imagine most of my friends think of me…that is…used to think of me. My view towards the world of food and beverages has started to change in the last year or so. My palette has become more refined, my taste buds have apparently done a 180 and I have started to enjoy flavors I always hated in my youth. 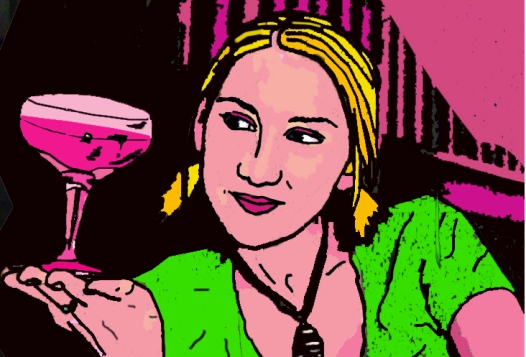 History: How bad did it get?

Ok, let me paint a picture of how fussy I really had become. 2 years ago I tried my first salad. Yes…ladies and gentleman at the dear age of 25 I  was starving hungry waiting for a pasta dish and agreed to a bite of my friends mix greens with raspberry vinaigrette (having always refused to let ‘rabbit food’ touch my lips in the past.) What do you think happened…yup, I liked it. I actually went on to eat half of it!  A week later from the ‘salad incident’ I tried a pear for the first time.  Hard to believe I know, but it’s true. I had never tried a pear until I was 25.  I didn’t like it much, felt it tasted like a sandy apple to be honest, but the act of ‘trying’ was a huge step for me.

When my boyfriend (referred on this site as FG) and I started dating a few years ago he was astounded at my lack of knowledge around food and amazed at my disregard for anything out of my comfort zone. More than anything he was often just disappointed in my refusal to try new dishes. He is in the World of Mixology/pre-prohibition style bar consulting etc (i’ll talk about that more later) and started to take me to new places that I would NEVER have found on my own. He saw how fussy I was and convinced me (with gentle persuasion) to start having bites of his dishes, sample mixed drinks, and go to locations I would never normally lean towards. And Guess what?…I began to realize there were A LOT of things out there I actually enjoyed.

I had an epiphany. I had spent years convincing myself I didn’t like certain foods i’d never actually had! So much time had gone by and before I knew it I was in my  late twenties and too embarrassed to admit I had never had many “normal” foods, like watermelon, fish or spinach! My issues with trying food were mainly because I didn’t like how they looked, or smelt. Texture was another huge thing for me. I didn’t want to try dishes with “bits” in it, for example I leaned towards ‘cream of’ soups as apposed to vegetable broth style and I didn’t like pieces of fruit in my yoghurt, I preferred them blended in (that’s actually still the case). As my mum would say, I liked “baby food”!

Where this originates is hard to tell, I have always been a little ‘weird’ about food. I apparently went through a stage as an infant when I wouldn’t want to eat anything unless it had been dropped on the floor first! I was never forced to eat vegetables or fruit as a child, and maybe that was my down fall.  I also decided early on I only liked very plain flavorless food (yeah yeah…the joke that i’m from England and liked bland food) but it was true. This continued in to my teens, and didn’t change much when I went on to University because, as I am sure many students would agree, plain food is everywhere at College. It’s easy and quick to prepare… pasta, pizza and ramen noodles are readily available and I tended to lean towards that.  My mum tells me I was never that fussy as a baby but at around 8 years old I suddenly decided all I wanted for dinner was either spaghetti or cereal! I wouldn’t try spicy, I didn’t want sauces or vegetables, I would refuse to eat anything that didn’t look good and had enough tantrums for my mum to stop trying to force me. I think she thought i’d eventually grow out of it. Doubt she imagined it would take 25 years and moving to the other side of the World though!!!

So why write a blog? Honestly, I  thought it would be fun to write about all the great Mixology bars, events and Restaurants I experience with my boyfriend.  Then from talking to my friends I started to realize i’m not the only one out there who was/is this fussy. I have many girlfriends who feel uncomfortable trying new dishes, I have met many strangers at my boyfriends bar who admit they are content to continue ordering a Grey Goose and soda because they’ve never really thought to try anything out of their comfort zone. Most people don’t want to spend $14+ on a cocktail they have never heard of, or $40+ on a dish they may not enjoy. So they continue on their routine and never get to expand.

I started convincing customers at FG’s bar to try one of his creations, if they didn’t like it I said I would pay. That was 2years ago and in the 80+ times i’ve offered that, I am yet to buy a drink! Why is this? Well, firstly I know my boyfriend is pretty exceptional at what he does, but also I believe a well balanced drink will in general always be pleasant.  Most vodka drinkers tend to stick to it because it’s safe, and has no flavor profile at all. I know this, because I used to be a vodka drinker. Bartenders in the lounges and speak easy places we’d frequent would often offer me Gin drinks and I would say “Oh no, I hate Gin” That is until my FG made me a “Clover Club” and I drank it down like chocolate milk, it was so delicious. He saw me, smiled and said “Baby, you hate Gin don’t you?” “Yes” I said “Can’t stand it””Funny, because that was Gin” he replied. I was shocked. I realized that provided I was somewhere that the bartender took an interest in his craft and wasn’t just an actor trying to fill up time working behind a bar, I should start trusting their opinion. Ironically Gin is now my go to liquor of choice and I no longer like Vodka at all.

As a ‘picky drinker’ myself, I am committed to trying to convince those who order ‘Vodka Martini’ type drinks to step out of their comfort zone, visit Mixology bars and order new creations or old pre-prohibition style Cocktails.   I will be giving tips on where to go to get a great drink,  I’ll review new places that open in Los Angeles and where to find the tastiest bar bites, I’ll talk about  the history of underground bars and speak-easy’s during prohibition and will occasionally include a little information to get the Mixology geeks going like ‘small batch bitters’ and ‘Barrel-aging cocktails’. My style of writing is never intense but always has a conversational, friendly and fun tone. I will talk about upcoming and past events in the Cocktail/Bartending community and have a ‘drink of the week’ so that readers can try making some classics in their home too.  I do a tremendous amount of research in to the origins of drinks/bars before I publish them and drink recommendations always have a little history or story behind them. It will be a fun read that anyone, from the vodka drinker to the cocktail enthusiast, can enjoy.

All in all this is going to be a fun and relaxed blog about a Fussy Girl from England in LA. Trying new things, voicing opinions and letting you know what I think is worth a look.