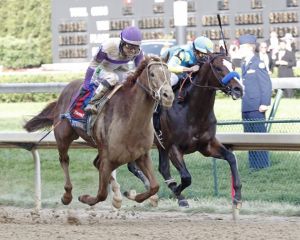 This past Saturday was quite literally a double drinking day for most of us here in the USA.  It was The Kentucky Derby Horse Race and Cinco De Mayo rolled in to one alcohol fueled package. 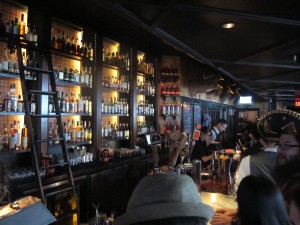 My day began at a fun filled event sponsored by Bulleit Bourbon in Downtown Los Angeles. Fellow drink enthusiasts and esteemed members of the alcohol community had gathered at Seven Grand to support ‘Speed Rack’ a wonderful organization that gives money towards Breast cancer research and helps women in the bar industry suffering from the disease. 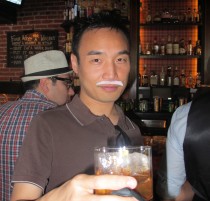 My boyfriend and I had a really good time, it was our first year at the event so we mingled, received Bulleit Bourbon glassware as gifts, joined in on fun hat competitions and pulled names of horses out of a hat to watch the race with. $20 to SpeedRack got you entry to the event and an unlimited supply of Bulleit Bourbon drinks, in particular the Mint Julep. I must say I never knew that the Mint Julep was known as ‘The Derby Drink’ until Saturday when my twitter blew up with photos of crushed ice and mint leaves from all the drink bloggers I follow. 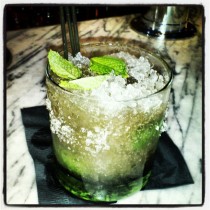 For those who don’t know the drink (I will be putting it up as ‘Drink of the Week’ tomorrow,) I will say it is a very refreshing Whiskey based beverage that is sweet, minty and very cold! It’s always served over crushed ice, almost like an alcoholic slushy and is very good when made correctly. The bar men at Seven Grand didn’t disappoint.

When the race began I have to admit I was screaming pretty loud (think Audrey Hepburn in the 1964 film ‘My Fair Lady’), one because i’d had many a shot of bourbon by that point and two because there’s something really exciting about betting on something you have no power to control, I mean your horse will either win or lose.

I didn’t put any money on the race, which is probably a good thing seeing as my steed ‘Daddy Long Legs’ didn’t even come close to winning! However the horse named I’ll Have Another took the title and I thought ‘What a perfect winner for the day.’ 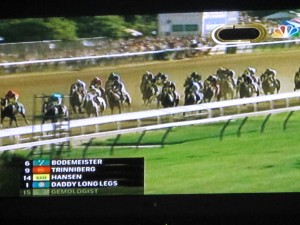 You see it just so happened that the Kentucky Derby fell on Cinco de Mayo this year. For all my British readers or those who just don’t know, Cinco De Mayo (Spanish for ‘5th of May’) is basically an American holiday that disguises itself as a Mexican one! The date is observed now mainly by Americans as a celebration of Mexican heritage, and to commemorate the Mexicans win against France at the Battle of Puebla on May 5, 1862.

Many people think Cinco de Mayo is Mexico’s Independence Day, however this is untrue, their independence day is actually celebrated on September 16. My good friend Saul is 100% Mexican and came to California a few years ago, I thought if anyone would be celebrating the day it would be him. Ironically though, when I asked if he was excited for the day he said “Not really, it’s not our (Mexicans) holiday so we don’t celebrate Cinco De Mayo” 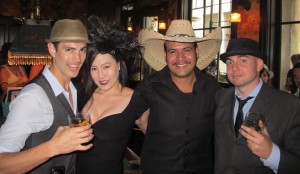 Whilst in Downtown FutureGreg and I decided to stop in at Bottega Louie for lunch (still my favorite restaurant) and ended up trying the incredible new Artichoke Pizza.  I strongly urge you to get this pizza, it was simply fantastic. 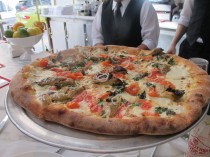 I ended up heading to Bar Chloe in Santa Monica for the second half of the day and the Cinco De Mayo celebrations, the bar staff wore Sombreros and served Tequila based drinks to the rowdy crowds and yes, I wore a Poncho to get in to the Mexican theme of the night! 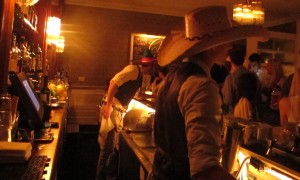 All in all it was a wonderful day, and helped immensely by the new metro they’ve installed between La Cienega and Downtown LA. What a God send…We didn’t have to worry about parking or drunk driving, it was just 30 minutes door to door. Brilliant!

We will definitely consider doing the Kentucky Derby party again next year. Only next time I will be sure to wear a fun ‘Day at the races’ themed hat like the ones below.  These images were taken at the actual Kentucky Derby 2012, I got the photos from http://www.abcnews.com.  The red one is just FAB! 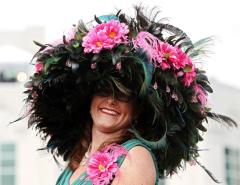 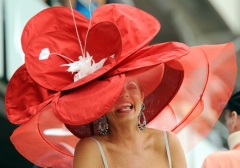 One response to “Yes…I’ll have another!”